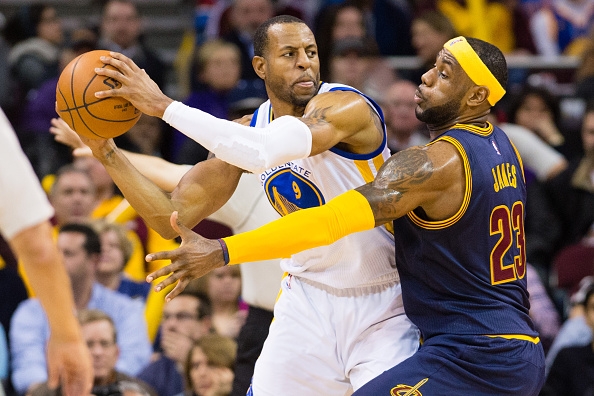 Every few decades there is a superior athlete(s) that enters a sport and revolutionizes the game in ways that will continue to raise the bar to insurmountable heights. Looking within the landscape of the NBA a select few come to mind. In the 1960’s there was Wilt Chamberlain and his dominant run with the Philadelphia 76ers and Los Angeles Lakers. Soon came the duo of legends in Larry Bird (Boston Celtics) and Magic Johnson (Lakers) throughout the 1980’s. Then Michael Jordan led the charge with the Chicago Bulls as the dominant force in the 1990’s gathering 6 championships along the way. Enter the 21st century and now we have LeBron James of the Cleveland Cavaliers who has become a one man wrecking crew on the court over the past decade, while putting up statistics that could rival that of all the great players I’ve mentioned before him. Though Mr. James continues to receive criticism for the path he has chosen to take towards his success, and today was presented a chance to re-write his own legacy within the public eye. Unfortunately basketball, like life, is nearly impossible to win on your own.

105-97 was the final score of game 6 of the NBA Finals and the Golden State Warriors walked out of Cleveland with their first championship since 1975. This match up was touted the ultimate “one-on-one” battle with the 2014-15 reigning MVP Stephen Curry against the best player in the league LeBron James. With the first two games of the series going into overtime and both teams splitting each game, we were undoubtedly guaranteed an exciting match-up. When the Cavs took the 2-1 lead over the Warriors after game three the sports world was not only witnessing a possible upset (as the Warriors were labeled the favorite to win the series), but a once in a lifetime performance by a single player. James showed his amazing scoring prowess in the first three games, scoring 44, 39, and 40 respectively. Though what truly displayed his dominance was his highly effective rebounding and assist numbers, in which he either led or tied the team high in at least one of those statistics throughout the series. It is easy to see that James was the best player on the court every game, but then that was ultimately the downfall of Cleveland as their post-season came to a close.
LeBron James attempted to do the impossible by single handily carrying his team to the promise land, not because he wanted to but because he had to. With all-star forward Kevin Love out with a shoulder injury since the first round of the playoffs and Kyrie Irving re-injuring his knee during game 1 of the finals, it was literally ‘LeBron and Friends’ vs The Warriors. Though former sixth-man of the year J.R. Smith showed some promise throughout the playoffs he was a streak shooter who could go cold just as fast as he goes hot from the field. Then there was the quick rise and fall to earth of off the bench guard Matthew Dellavedova who played admirably in place of Irvin during the early games (especially with his suffocating defense against Curry), but teetered off towards the end of the series as the MVP began to take over. The only Cavs player that began to constantly contribute alongside LeBron was recently acquired center Timothy Mozgov who played well (when given the playing time) throughout the series.


Ultimately that miniature contribution wasn’t enough as LeBron’s silent 32 point, 18 rebounds and 9 assist performance in game 6 couldn’t pull out a victory. Golden State was clearly the better coached (credit to Steve Kerr) team with an overall better roster; finishing off an incredible season in which they led the western conference and the league with a 67-15 record. Yet, the story that will be remembered unfortunately won’t be the great play of the championship winning Warriors, but the failure of LeBron to live up to the expectations laid upon him by the Cleveland community and the sports media. Though while LeBron is treated like he is Superman, even the “Man of Steel” couldn’t save everyone. Congratulations Golden State! 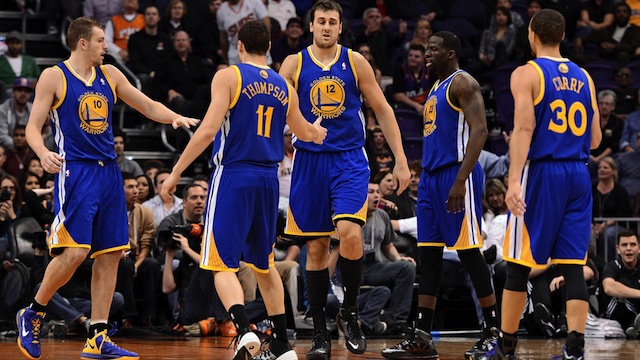