The Patriots Are the Villains We Need! 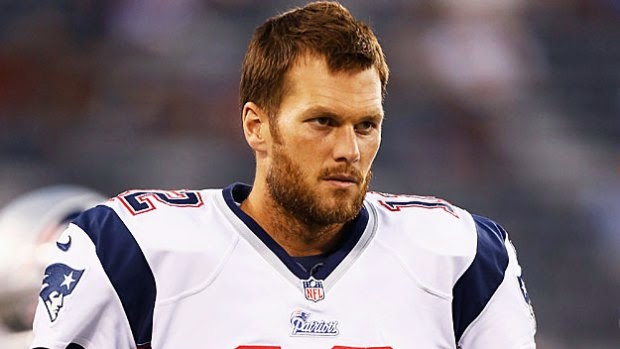 There has always been a debate upon who’s the best superhero of all time. Highly popular names such as Spider-man, Superman, Wolverine and Iron Man come to mind. Yet, in my opinion it’s the dark knight himself (Batman) is the best hero of all time. Though not just because of his awesome personality and ability, but because of the environment that surrounds him, especially his villains. As most comic book aficionados know, the villain makes the hero more so than the hero makes the villain. What would Batman be without The Joker (arguably the greatest comic book villain of all time) or Superman without Lex Luthor; still pretty cool, but not nearly as awesome. This comic book villain example is in direct correlation to the NFL’s current predicament. Why you ask? Well allow me to explain.

All across the sports universe, the recent verdict that was laid down on the 2015 Superbowl champion New England Patriots and their star quarterback Tom Brady as a result of the “Deflategate” controversy spread like wild fire across the media. To give a brief recap of the situation: Following the AFC championship game against the Indianapolis Colts, reports began to spread about the possible deflated pressure of the footballs that the Patriots were utilizing during their games. Suspicion arose after Tom Brady threw an interception to Colts linebacker D’Qwell Jackson, who then handed the ball to his equipment manager. The balls were viewed by the Colts staff as feeling slightly lighter than its average weight, though Jackson stated that during the game he couldn’t pinpoint the difference.

By halftime, after the league officials inspected New England’s footballs, they reported that 11 out of the 12 footballs the team had on the sideline were measured to be an estimated two pounds below the minimal limit. Though the information upon how many footballs were actually deflated were skewed, due to the fact that the refs do not weigh the footballs prior to kickoff. The Patriots were leading the Colts 17-7 before halftime (with the “deflated” balls) and then scored 28 unanswered points in the 2nd half after the balls were checked by the referees for regulatory matters. After the Patriots victory, a reign of controversy came down upon the team, especially towards its head coach and quarterback. 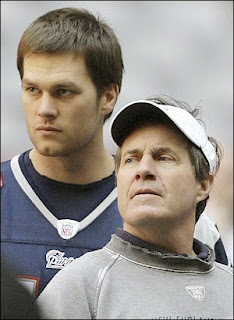 Coach Bill Belichick quickly denied having any knowledge of whether the footballs were deflated prior to the game and assured that the Patriots would fully cooperate with the NFL’s investigation of the matter. Unfortunately Tom Brady received the brunt of the criticism, as leaked text messages from the team’s equipment managers showed that Brady was “most likely” the orchestrator of the whole ordeal. As a result Brady has been suspended for 4 games for the upcoming season and The Patriots have been penalized $1 million along with losing their 1st round pick for the 2016 Draft and 4th rounder for 2017. While Pats owner Robert Kraft believes that NFL commissioner Robert Goddell did not have enough sufficient evidence to penalize his team, most critics believe that this discipline dates back to the earlier Patriot transgressions pertaining to the “Spygate” issue with the Jets in 2007 (where they were also charged with cheating).

Yet, the New England Patriots have never been a stranger to negative public perception. Dating back to the infamous “tuck rule” game during the 2001 AFC divisional playoffs against the Oakland Raiders, The Patriots have been seen as the key villains of the NFL (with the Dallas Cowboys trailing not far behind them). In the forefront lies the two faces of the franchise that will forever take the public hits for the teams transgressions. But the thing which I feel stings NFL fans and critics the most is the demeanor in which both Brady and Belichick carries themselves during the storm of controversy. It’s not necessarily a calm demeanor, but more accurately somewhat of an “F*** You!” attitude. It’s an attitude that the team has played with since their first championship win in 2001, and it grinds other people’s gears that they carry that trait both on and off the field. 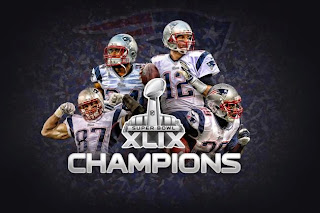 We all know that the Pats are going to appeal this verdict and most likely (as previous conduct cases have shown) the games suspended will be reduced to two. It’s the sign of the perfect villain who smiles in the face of authority and could care less if they got caught or not; quite frankly because they are that good at their job. Let’s face it, these are villains who seem to always get one up over the competition on a yearly basis; so much so to the point that most teams try to force themselves to believe that the only way The Pats could be that good would be through cheating. Whether you believe New England cheated or not, they will without be just as competitive this upcoming season as they’ve been in previous years. The proof is in the 2008 season where the Pats went 11-5 with Matt Cassel at quarterback, after Tom Brady was out the entire season due to a right foot injury.

The NFL will be will be more popular this year (if that’s even possible) than they have been previously and the Patriots will undoubtedly have viewers clambering at the bit to see Tom Brady when he returns to the helm. It’s such a win-win for both parties that I can’t be mad at conspiracy theorist for assuming that both the Pats and the NFL are secretly working together on this matter (you know you might be thinking it too). At the end of the day the league is that more exciting because the Patriots as always live up to our expectations; especially being the villain that we both need and deserve.
Posted by Unknown at 4:30 PM