Aaron Hernandez: It Was All A Dream 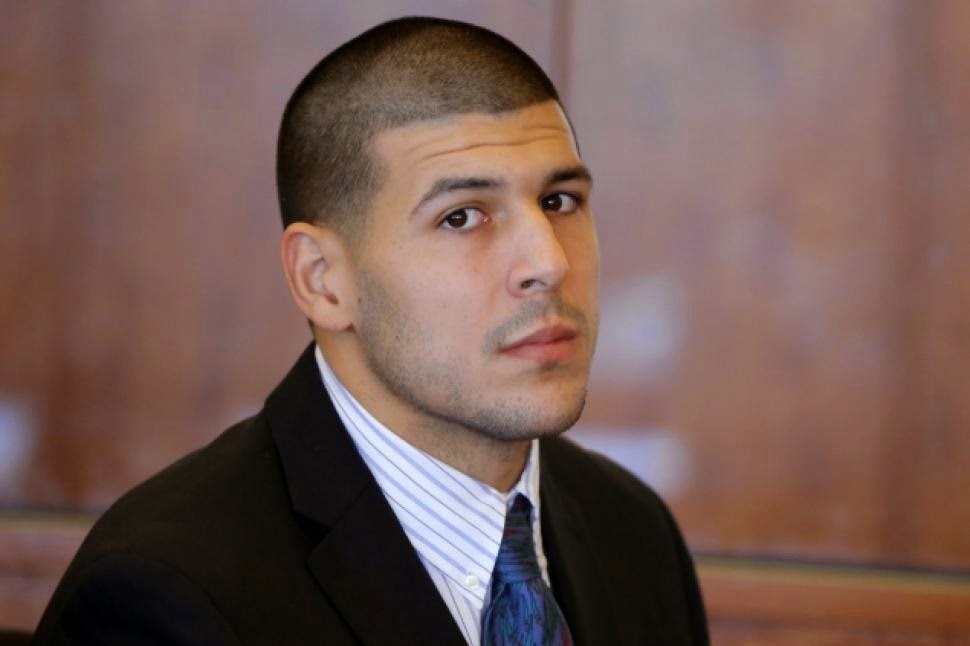 That moment…that moment when you feel as if you’re living on cloud 9 and you refuse to pinch yourself to even check if it’s a dream. The simple thought of this life being anything resembling a dream forces you to avoid any warnings that may come your way to pull you back into reality. Eventually, which is always the case, reality wins out and you’re past actions and choices will come back around to haunt you.


As I think about this, I see former New England Patriot tight-end Aaron Hernandez pick his head up in the court room today and gaze around. The jury had just issued the verdict; he was found guilty of 1st degree murder and sentenced to life in prison without possibility of parole. His mother and fiance are completely distraught as tears stream down their faces. The victim’s family was still greatly distressed and relieved from the long drawn out trial after losing their son (Odin Lloyd) over what seemed to be a senseless execution on June 17, 2013. After the verdict was given Hernandez gave a slight shake of his head in disappointment as he sat down to gather himself. Though the most intriguing thing that caught my attention while watching the verdict play out, was not the look on Hernandez’s face, but the look that wasn’t on his face. While I didn’t expect him to break down into tears, though I would have understood if he did, I did expect to see a sense of sadness or remorse or guilt.

This is a man who not so long ago was at the top of his game as a young NFL player. Coming out of the University of Florida in 2010, Hernandez was the poster boy for a college player with immense talent and a lot of off the field issues to go with it. In college he went through is fair share of incidents; as a freshman he got into a brawl with a bouncer outside of a night club and was suspended for a game later on for a failed drug test. These incidents undoubtedly led to his downward drop to the 4th round in the NFL draft, but the highly touted New England Patriots decided to be the team to take a chance on the young troubled tight end. Once Hernandez stepped on to the gridiron, his natural talent took over and he, along with fellow 2010 draftee Rob Gronkowski, became the best tight end tandem in the league. His talent was so valuable to the team that in 2012 New England decided to reward him with a five-year contract extension worth up to $40 million.

Fast-forward to the present Aaron Hernandez is now residing in a prison cell, which is ironically not far from Gillette Stadium where the Patriots play. What is even more unfortunate is that Aaron Hernandez was a 25-year old father of a 2-year old daughter. A daughter who is likely to grow up with her dad behind glass for the rest of her life, while also knowing what he did to get in there. I could only imagine what it was like for Hernandez and his family before the arrest; recently signing a new deal and moving into a suburban neighborhood in Massachusetts. After growing up in Bristol Connecticut and struggling to find his place in the world after his father passed away due to a hernia when he was 16; Hernandez finally found a safe haven out of the “gangster” livelihood that has trapped so many our young urban minorities over the decades.

Though his current predicament further exemplifies that one can never truly escape their past completely, as it will always find a way to tempt you later on in life. The lasting image of Aaron Hernandez in the court room will probably be him sitting down shaking his head and mouthing the word “wrong” as the verdict is given. This is the saddest part of it all. Whether he believes he is innocent or not, it was his choices that led him to this point in his life. His lawyers will undoubtedly plan to appeal the matter, probably utilizing the fact that he was convicted without being charged with a murder weapon as a launching point. Hernandez will also face another jury for charges against him due to a double homicide in Boston’s South End on July 16, 2012 that he was also connected to.
Aaron Hernandez has turned his dream life into a nightmarish reality. His future is shattered, and only he is left to choose if he wants to pick up the remaining pieces. So what’s the true verdict? One mother loses a son to murder. Another mother loses her son to prison. A fiance loses her potential husband. A daughter loses her father. And a young man loses the rest his life behind bars. The prosecution rest.
Posted by Unknown at 5:34 PM