There Can Only Be One Highlander In This MVP Race! 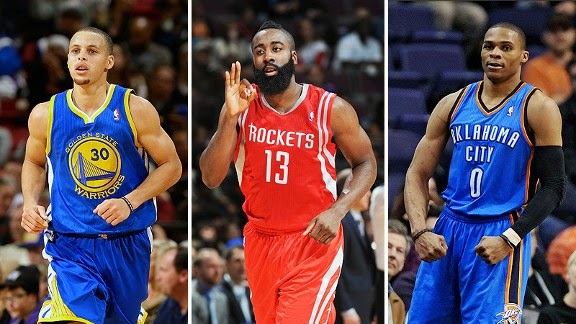 As the 2014-2015 NBA season nears to an end and the playoffs are getting ready to take off, there remains a looming question on everyone’s mind: who is truly this year’s Most Valuable Player? This late during the season the MVP race is usually clear cut, as players have had a sufficient amount of games to prove their self-worth. Yet, this year things have changed and the MVP race shows three high octane players’ neck-and-neck sprinting towards the finish line. In one lane we have Golden State Warriors current All-Star and 3-point champion Stephen Curry. Curry and his team have been a pleasant surprise this year, not because of their winning record but due to their complete dominance in the western division. It is not a kept secret that over the past couple of season the western conference have hosted the more superior teams than their eastern counterparts. Thereby making The Warriors’ record (currently 60-10 while clinching the top seed in the conference) even more impressive. 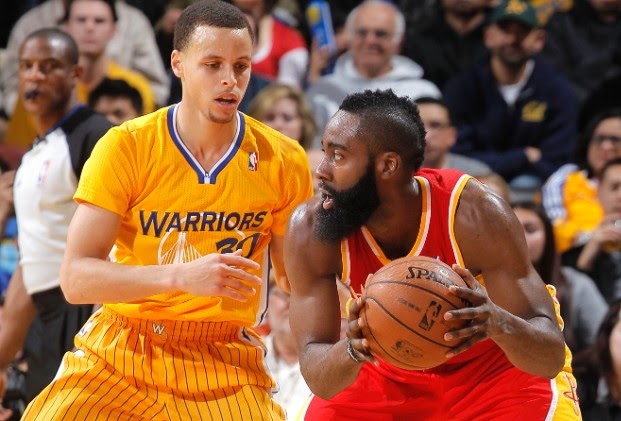 Not far behind the Warriors lies the 3rd seed Houston Rockets led by another MVP candidate in shooting guard James Harden. Harden is an elite scorer who is equipped with nearly every single offensive tool that one would want in a player. Similar to Curry he is a high percentage shooter (a current field goal percentage of 43.9) and pertains the handle and strength to drive into the paint against some of the best defensive big man in the league. With Houston holding a 50-23 while playing most of the season without their All-Star center in Dwight Howard (who’s recently returned to the lineup after dealing with an knee injury), Harden has more than proved his worth as a possible MVP winner by carrying the team whilst being 2nd in PPG (27.2). 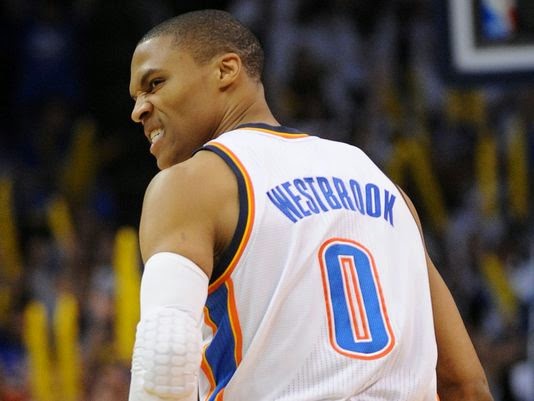 Yet, with this race as tight as it is, it will be the player with the attitude, confidence, and grit that will pull ahead. It’s the player that is willing to do whatever it takes to win, whether that be tripping, shoving or hitting the opposition. I see those characteristics lying within the blood of one player: Oklahoma City Thunders Russell Westbrook. The All-Star shooting guard has currently shown himself to be one of the must-watch athletes in the game today. When most people thought about the Thunder, they picture All-Star and 2013-14 MVP Kevin Durant as the face of the franchise (and rightfully so). Kevin Durant has become one of the major faces of the NBA over the years, nearly matching the popularity of LeBron James, Kobe Bryant and Carmelo Anthony.

Unfortunately this year Durant has been hindered with the injury bug and is now forced to sit out for the rest of the season with a foot injury. This dilemma has forced OKC to put the brunt of their playoff hopes on the shoulders of Westbrook, who has dealt with his fair share of injuries this season. With a current record of 42-32 the Thunder are trying to hang on to the 8th seed in the west and keep their playoff hopes alive. It’s because of these hardships for OKC this season that Westbrook has my vote of confidence as this years MVP. The stigma that followed Russell Westbrook as a player was that he was a “selfish”, “out of control”, “score first” ball-hog who was always looking out for himself while holding Durant and the Thunder back from a potential championship. 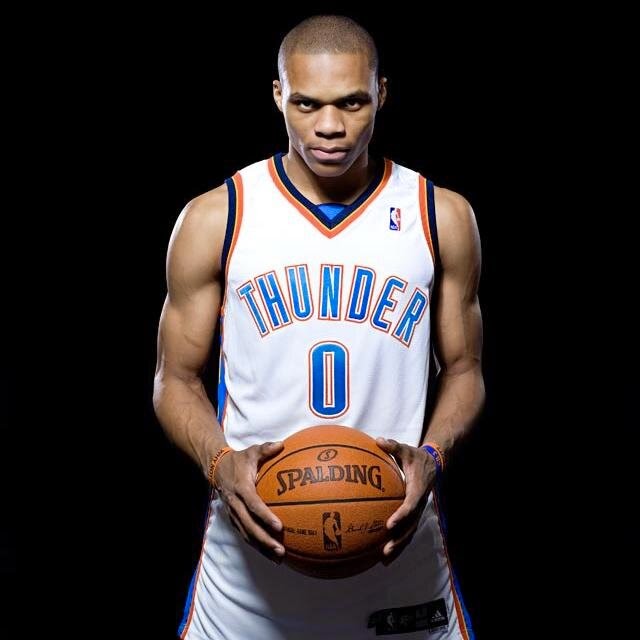 Westbrook has dazzled the league with his consistency, and continues to show that all the scoring in the world is nothing without superior play from the defensive end; and it is this factor which separates him from the other two MVP candidates. Westbrook is an elite defender, and possibly the best defending one and two guard in the league. One could state that Westbrook plays even harder on the defensive side of the ball than he does on the offensive, which further displays his tenacity. The fact that his team is barely holding on to their playoff spot with the way he is playing shows just how much his contribution is worth to Oklahoma City.


The race is coming to an amazing finish and while Curry and Harden have been amazing from start to finish, I have to give the edge to Mr. Triple-Double Westbrook. His unwillingness to slow down, even for a second, regardless of his health, while maintaining his outstanding statistics shows just how much he loves this game. Some critics state that Westbrook as a player that is more concerned with winning MVP's than championships, but that is an inaccurate critique. This is a man who has shown that he is not concerned with winning MVPs or any trophies for that matter; this is a man that is loyal to one thing only: the game of basketball.
Posted by Unknown at 2:36 PM