Oh...You Thought The Cowboys Were The Only Ones! 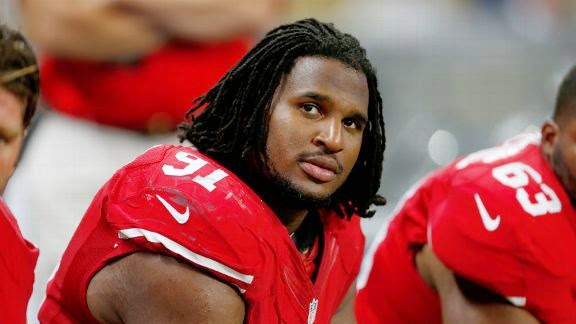 Misery loves company, and with the Dallas Cowboys receiving much media backlash for their acquisition of controversial Defensive End Greg Hardy this past week, the Chicago Bears decided to share the maligned spotlight with them. ESPN's NFL insider Chris Mortensen reports that the Bears have reached a deal with former San Francisco 49ers Defensive End Ray McDonald:

McDonald was released by The 49ers in December due to an investigation he was under linking to a possible sexual assault (he has not been charged and the case is still on going). The 30 year-old Defensive End, who was a 3rd round pick by San Francisco in the 2007 Draft, has been a solid contributor towards the team over the years. Next to 49ers defensive players Ahmad Brooks and Justin Smith; Ray McDonald has the most defensive snaps for the team (3001) since 2011 and has accumulated 210 tackles, 19.5 sacks and 4 forced fumbles since his debut.

While he is not a pro-bowl caliber type player, McDonald can undoubtedly be a valuable asset to anybody look for a rotational DE in a 3-4 defensive scheme. Also he will be reunited with his former 49ers defensive coordinator Vic Fangio in Chicago, which should allow an easier transition to the defense. McDonald's contract, similar to that of Dallas Cowboys' Greg Hardy, will be a one year deal. This gives the Bears a chance to move on if the acquisition does not work during the season. In a post-Ray Rice NFL era, and teams like Chicago and Dallas attempting to give players like Hardy and McDonald a second chance, the pressure continues to be placed on the NFL as an organization to assess this issue for future seasons to come.
Posted by Unknown at 1:05 PM