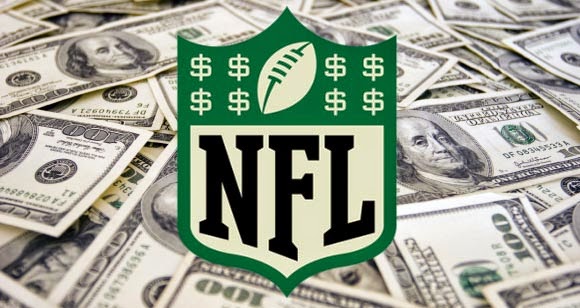 The smoke is starting to clear on the free agency battlefield, but the war still rages on silently. As the debris settles one can now evaluate the madness that has occurred over a span of 3 weeks. On March 10th the flood gates poured open, and teams were allowed to sign free agent players who were no longer under contract and try to upgrade their chances to compete with the elite squads in the league. With talents such as All-Pro Defensive back Darrelle Revis and 2014 Offensive Player of the Year running back DeMarco Murray on the market for the highest bidder, the league has turned itself into a high stakes game of Monopoly and the players are the much lauded property. While several teams were gearing up to take the best players available to them, others had to reserve patience and maintain a high amount of discipline in order to make financially suitable decisions.

You see, the trick to free agency is to understand how to win the game while utilizing the least amount of monetary funds; very much like Monopoly. To level the playing field for all teams in the league, every owner is issued a salary cap that they can’t exceed when shopping and signing new players. This salary cap thereby forces those owners to get creative towards how they issue player contracts and how much guarantee money and bonuses they can afford to give to an individual over a period of time. Aside from the intricate mechanics that this process inhabits, in laments terms it means that everybody is under a strict budget. Some teams with more money under their budget can offer these available players the highest salary possible, while others are obligated to negotiate for reasonable prices. 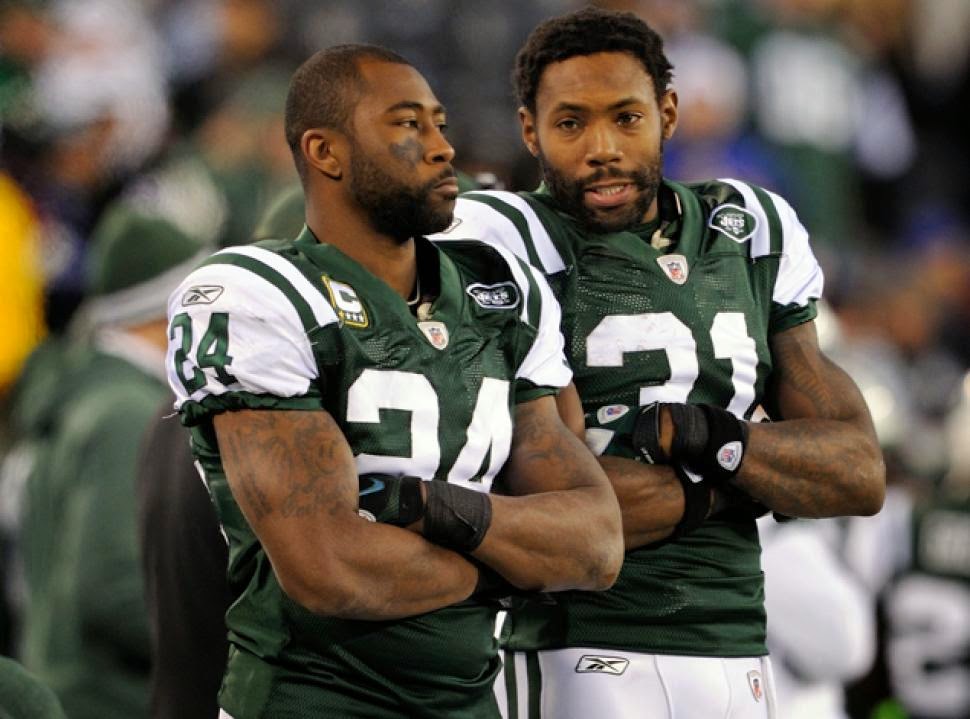 As the ball started rolling in March there were three teams at the forefront of the free agency race; The New York Jets, Miami Dolphins and Philadelphia Eagles. The Jets decided to not hold back one bit and utilize their vast amount of cap space to splurge. As a result New York welcomes back two of their former star defensive backs, Darrelle Revis and Antonio Cromartie. While Cromartie decided to return for a respectable contract offer (4-years $32 million), it was recent Superbowl winning cornerback Revis that worked the market for all its worth like a true Wall Street business man and earned himself a 5-year $70 million contract. 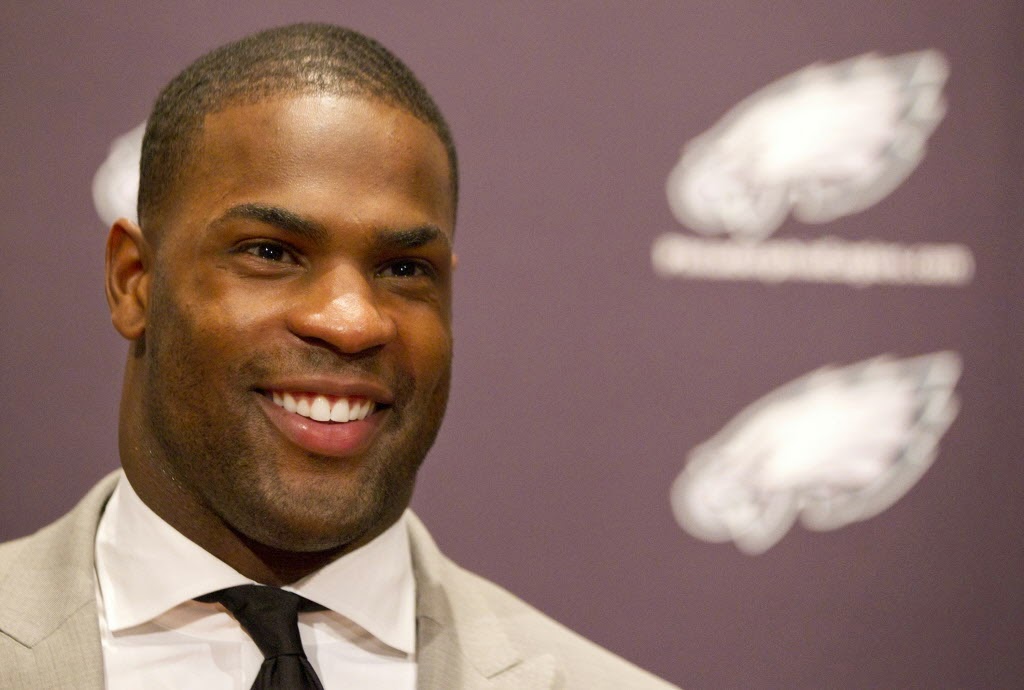 Miami decided to funnel all of their finances towards arguably the best defensive player available in former Detroit Lion Ndamukong Suh with one of the biggest contracts in NFL history (6-years $114 million). Then there were the Eagles, who unlike the aforementioned teams actually had a winning record the previous season, but decided to give their team a total face-lift. They started by trading away their young star running back in LeSean McCoy to the Buffalo Bills for a young promising linebacker in Kiki Alonso. Then they traded their starting quarterback Nick Foles to the St. Louis Rams in exchange for an injured prone Sam Bradford; and to top it off they let their best receiver Jeremy McClain sign to the Kansas City Chiefs. While these moves undoubtedly seemed mind boggling, most analyst believe that there had to be a method behind the madness of Eagles’ head coach Chip Kelly. As a result of these moves, Philly was able to tack on extra funds to spend towards free agents and signed one of the best defensive backs available in Seattle Seahawks’ Byron Maxwell (6-years $63 million) and won a bidding war against the Dallas Cowboys and surprisingly snatched up their star running back DeMarco Murray with a 5-year $42 million contract.

With nearly $1.4 billion dollars spent in the first 72 hours of NFL free agency, a lot of credit must go to the teams that decided to control the urge to spend high amounts of cash on players and wait for the market to gradually decrease and then do business in a financially controlled manner. For example, the Dallas Cowboys had very little cap space to spend in free agency, and thereby was forced to let go of some of their best players who hit the market (i.e. DeMarco Murray). As a result they stuck to a low-risk medium-reward investment strategy, signing former Oakland Raider running back Darren McFadden to a 2-year $6 million contract. This strategy requires a team to trust the players they already have on their roster and use other less expensive resources, such as the upcoming 2015 NFL Draft, to add talent for the future. 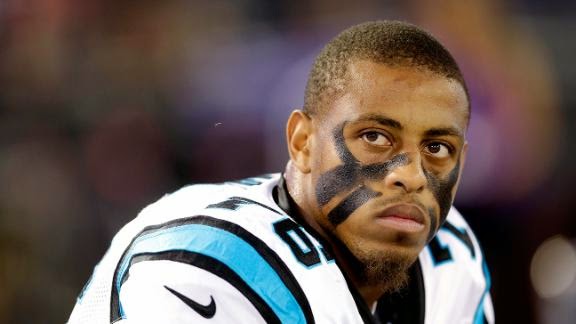 Though this clever tactic utilized by Dallas didn't sway them from making their own big splash during the free agency period, as they decided to acquire the most controversial player on the market in former Carolina Panther Defensive End Greg Hardy. After being on the NFL's player exempt list, which kept Hardy off the field for majority of the 2014 season due to his domestic violence charges from last year’s off-season, most teams decided to avoid the potential media backlash that would come from signing such a player. Yet, with 34 sacks during his four seasons with the Panthers (26 of them coming during his final two seasons) it is impossible to deny the instant impact a defender of his caliber could have on any team.

The Cowboys decided to roll the dice and take the necessary risk to improve their defense, which only accumulated a mediocre 28 sacks last season. With an incentive based one year contract worth up to $13.1 million, Dallas has insured themselves in case of any future suspensions or conduct infractions from Hardy. Though don't be fooled in thinking the Cowboys are the only team playing the game as such; the Chicago Bears have also decided to dive into the risk-reward pool by acquire former 49ers Defensive End Ray Mcdonald, who also carries some personal baggage with him.


Some fans might view some of these players as greedy and undeserving of so much money, but in reality you have to both understand and respect the business aspect of the NFL. Most of these players will retire by the age of 30 (if they’re lucky) while some will unfortunately get injured and be forced to leave the league entirely. It is the players right in free agency to try and market themselves to the highest bidder because it is most likely the last payday they’ll ever receive. The irony of the situation is that most of the teams who spend big in free agency will never live up to their projected expectations and they inevitably end up in the same situation in the next two years. Like monopoly, free agency is a game of risk vs rewards vs strategy vs luck, and most of the time luck is the defining factor.
Posted by Unknown at 1:30 PM

Email ThisBlogThis!Share to TwitterShare to FacebookShare to Pinterest
Labels: nfl