Adrian Peterson says NO to the Vikings! 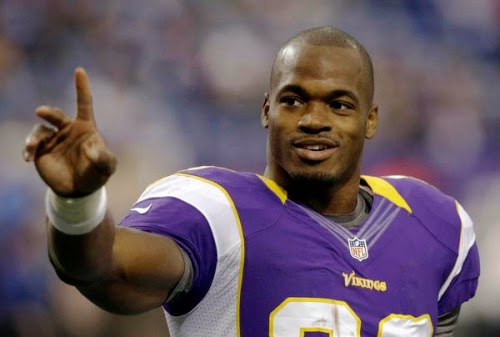 Adrian Peterson is putting his feet down. According to Yahoo, he turned down a meeting with the Vikings.

The impasse between running back Adrian Peterson and the Minnesota Vikings has taken a more ominous turn. Vikings general manager Rick Spielman requested a dinner meeting with Peterson’s agent at the forthcoming owners meetings in Phoenix but was rejected, a source told Yahoo Sports. This comes after Peterson’s agent, Ben Dogra, told several media outlets over the past two days that the team said it would not cut the running back, who is slated to make $13 million in 2015 ($12.75 million base salary and a $250,000 workout bonus).

Posted by Robb Publishing Online Media Group at 12:21 AM